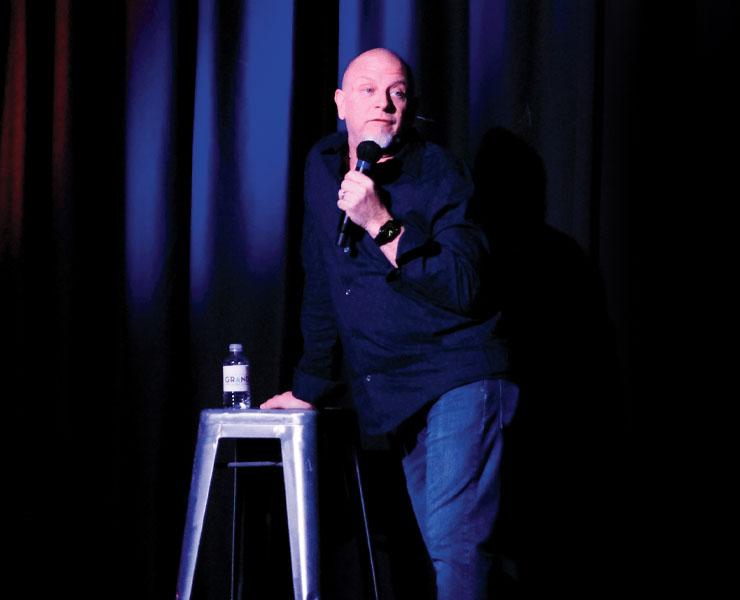 Don Barnhardt is one of the great veteran comedians of the Las Vegas entertainment scene, a road-tested performer who has been based in Sin City for two decades while keeping audiences across the country and around the world hooked. But in recent years, Barnhart has refocused his energies on developing the Delirious Comedy Club in Downtown Grand, where he performs regularly while also ushering in other talented comedians. It was an essential entertainment spot in the city coming out of the COVID lockdown and remains even more relevant today.

When did you take over the comedy programming of Downtown Grand?

We started in October 2019, with my wife and I as partners, and we’ve been here ever since. I started in the 1980s after getting a job at a comedy and magic club in Hermosa Beach as a doorman, and soon I was booking the club and working as an emcee. I left in 1987 to do stand-up full-time because Jay Leno once gave me great advice: “If you want to be a comedian, you gotta go on the road.” So I packed my bags and never looked back, but now I’m living the dream because I have my own show and I don’t have to go on the road anymore.

And your Delirious Comedy Club was one of the first places to bring the funny stuff back to the stage in Las Vegas during the pandemic. What did you learn from this experience?

What we learned from opening early is that people need to laugh. That old cliché that laughter is the best medicine really is true. It releases stress and allows us to lighten the mood, even if we are dealing with difficult subjects. The (restrictions) at the start were tough, but we had to play by those rules or wait, and people really wanted to go out and see a show, so we were grateful to be open even under those conditions. I’ve been doing military tours since 1992, going overseas, and they’re not ideal shows. You play on a flatbread truck on an aircraft carrier under planes taking off. But you can do comedy anywhere, and if people want to laugh, we’ll show up.

What sets this place apart from other clubs in Vegas?

The Downtown Grand was so amazing. Originally we were in a smaller room, but with the COVID restrictions the casino came to us and said, “Let’s work together”, and we moved to a bigger room and a really nice environment and open. It’s more friendly and inviting, open but still intimate. The capacity is 166 people but we like to keep it at around 110. It’s not about how many people we can cram into the space, we just want everyone to feel safe and supported and have fun. amused.

You have also performed a different act based on hypnotism over the years. How are you performing these days?

For Delirious, it’s downright stand-up. We also have the Maison de la Magie at 6 p.m., which is a comedy-magic show. I still do hypnosis, but I haven’t brought that show back yet, partly because it involves so many volunteers from the audience and we’re not really ready to have a stage full of people doing crazy stuff .

But your comedy brand is still very interactive.

My background is in improvisation. We have our set list and our jokes, but there is a lot of improvisation and things change every day. There’s always something to work on in the news, but we tend to stay away from politics. We are not here to polarize people or advance an agenda; we are here to entertain.

Click here for your free subscription to the weekly digital edition of Las Vegas Magazine, your guide to everything to do, hear, see and experience in Southern Nevada. Along with the latest edition emailed every week, you’ll find plenty of great, money-saving deals on some of the most exciting attractions, restaurants, properties and more! And Las Vegas Magazine is packed with informative content like restaurants to visit, cocktails to sip and attractions to enjoy.