SF’s highly anticipated upscale Filipino restaurant, Abacá, will be opening soon. Here is a glimpse of the interior 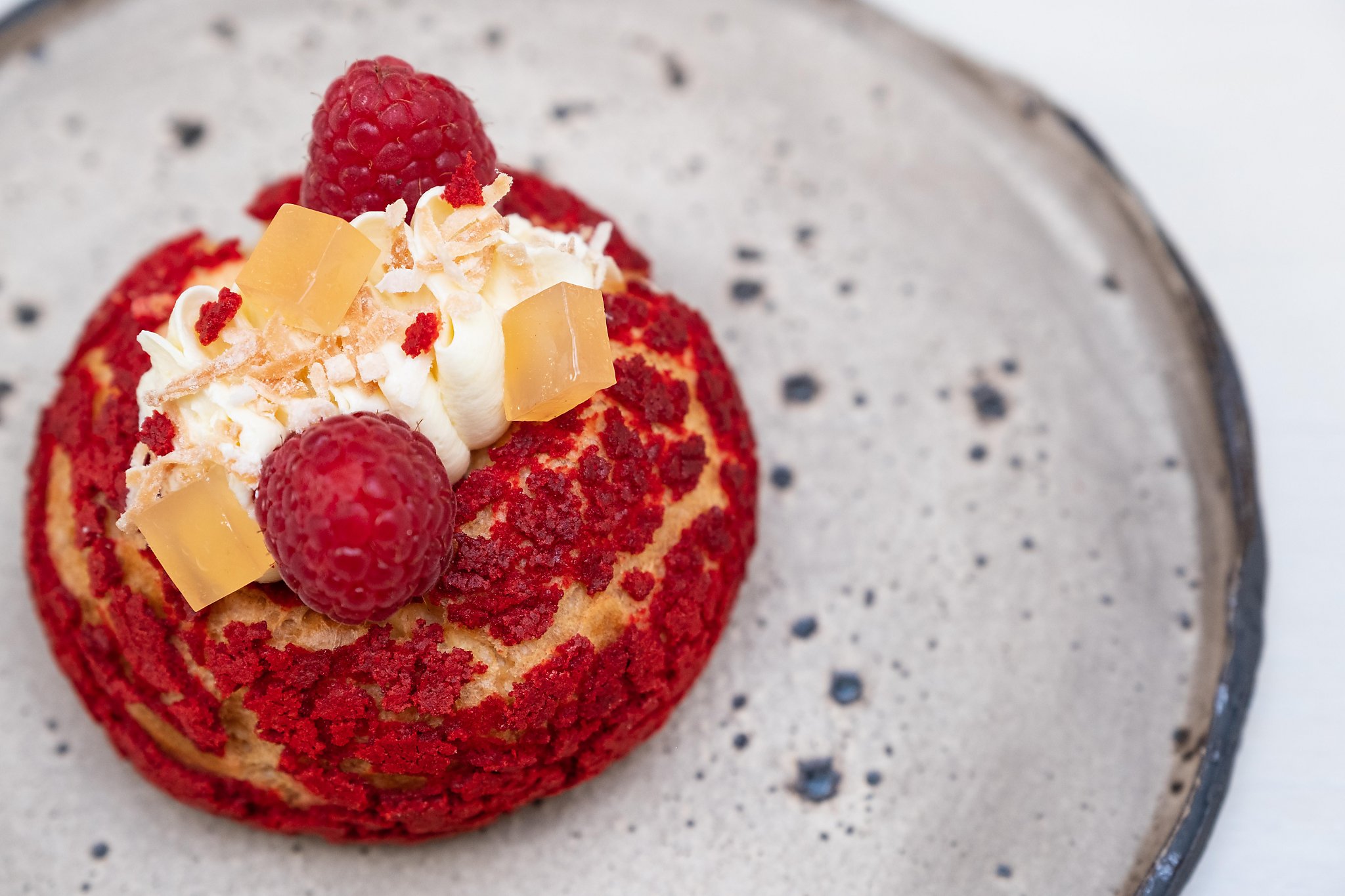 San Francisco’s modern Filipino culinary movement developed in a major way with the beginnings of AbacÃ¡. This is arguably the city’s first upscale Filipino restaurant, emphasizing traditional dishes and flavors with complex dishes and local ingredients.

The new restaurant opens August 16 inside the Kimpton Alton Hotel in Fisherman’s Wharf at 2700 Jones St. It comes from Executive Chef Francis Ang; his wife and partner, Dian Ang; chef Danica AvilÃ©s; and the rest of the team behind Pinoy Heritage, their revolutionary Filipino pop-up that has wowed diners with ambitious tasting menus and other formats since 2015.

AbacÃ¡’s space is light and airy, with a large skylight flanked by hanging plants for a tropical aesthetic. There is a large patio and a separate panaderia, which Ang hopes to open at the same time as the main restaurant.

The bakery will serve Filipino pastries, creative espresso drinks, and breakfast sandwiches. A sandwich, for example, will consist of steamed eggs, chorizo â€‹â€‹and garlic aioli fried on a pan of sal, a soft buttery bread, topped with a Dutch Crunch-like filling.

For cocktails, Ang teamed up with Kevin Diedrich of Pacific Cocktail Haven, one of the city’s most acclaimed bartenders. The drinks showcase Filipino ingredients such as pandan, jackfruit, ube, and tamarind, often incorporating them into familiar classics. Ube-Colada ($ 14), for example, combines rum and pineapple with bright purple coconut cream.

For this sausage, Ang grinds heirloom pork and bacon, adding breadcrumbs to help bind them together. He shapes the longganisa into a small soccer ball, similar to the Japanese tsukune, chicken meatballs common in yakitori joints. The sausage is poached, grilled and served with a raw egg yolk resting in a thick sauce made from reducing cane vinegar and soy sauce. To nod to the fried rice component of a silog, there is puffed rice on top of the sausage.

Pyanggang chicken: This is a classic southern Philippine celebration dish, where cooks take meat from a ripe coconut and burn the coconut to an ashy charcoal. This blackened coconut becomes the marinade for the grilled chicken, which obtains a final embers in a coconut-turmeric sauce.

To turn it into a skewer, Ang keeps the traditional burnt coconut marinade but only has to garnish the grilled chicken with the sauce. â€œIt’s juicy, very earthy, smoky, not bitter chicken,â€ Ang said. “It brings out a lot of coconut oil flavor.”

The finishing touches are Thai basil and a Maranao style palapa, a spicy coconut condiment.

Squash balls: This veggie-based dish is one of Ang’s favorites on the menu and a tribute to California farmers. The flavor profile pulls squash cooked in coconut milk over rice, a favorite comfort food of Filipinos.

For the dumplings, Ang stuffs Kabocha squash and roasted peas in handmade wrappers. They are served surrounded by seasonal produce, in this case summer squash and romanesco, and topped with a rich coconut sauce flavored with pineapple, garlic, ginger and gravy. of fish. There’s also a different style of palapa here, finishing the dish with some crispy toasted coconut.

â€œAfter working in the industry for a long time in this city, we realized how important vegetarian options are and how delicious they can be,â€ Ang said.

Coconut-lychee cream puffs: Ang first became known as a pastry chef, get national recognition of Food & Wine magazine while working on the fifth floor, a chic now closed place, and then creating desserts at the Michelin-starred Campton Place. So it’s no surprise that the desserts at AbacÃ¡ are far from an afterthought.

This cream puff was inspired by a wedding dessert for Ang, where the groom requested a red cake. Ang deployed the croquembouche, a stunning French mountain of cabbage. Ang thought the red-colored puffs looked like lychee and made a mental note for his future restaurant.

The red cracker, which resembles a crispy cookie filling, is topped with lychee candies, fresh raspberries, and toasted coconut. Inside the puff pastry, there is a layer of coconut-lychee pastry cream and raspberry compote.

Creamy corn: This dessert has followed Ang since his fifth floor days, although he hasn’t served it in a Pinoy Heritage pop-up for about five years. AbacÃ¡ marks his return.

In the Philippines, Ang recalled ordering corn and cheese ice cream from a cart and loved the flavor combination. For his version, he makes a creamy – essentially a fancy pudding – from juice Brentwood corn and roasted dried corn to give it a hint of popcorn. It’s topped with blueberry compote and served with Parmesan ice cream for cheese. The thin dough strands add crunch and are meant to visually mimic corn hair.

â€œIt’s crowd pleaser and weird, but really delicious and interesting,â€ Ang said. “She is (my wife) Dian’s absolute favorite.”

An earlier version of this story misidentified Danica Aviles, who is the chef.

Bigfork Arts Festival is this weekend