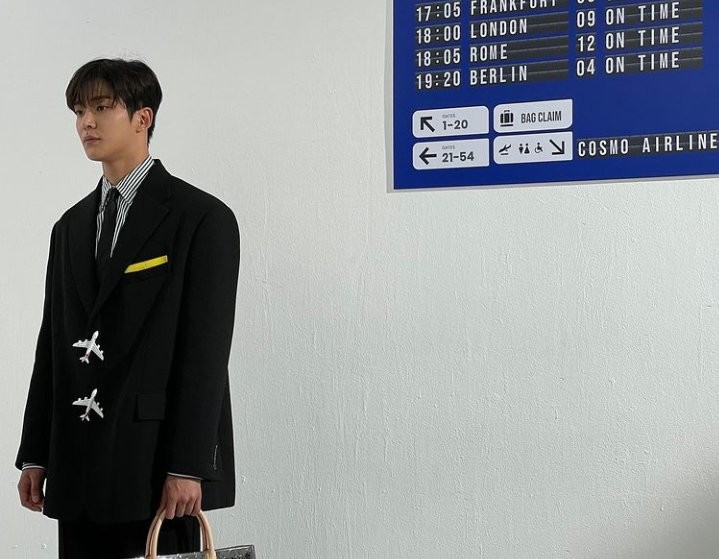 The cover of this year’s August issue of Cosmopolitan Magazine is none other than SF9 singer-actor Rowoon. After the photoshoot, he spoke to the fashion magazine and talked about his new historical drama “Yeonmo”, his growth as an idol and actor, and more in an exclusive interview.

Rowoon recalled everything he had done in an entire year after realizing he decorated the cover of Cosmopolitan last year to commemorate the fashion magazine’s 20th anniversary. He said: “It’s been a year alrready. I shot a drama, album preparations, and my band and I are about to come back. “

Since the photoshoot’s theme was all about travel, Rowoon shared where he’d like to go first when the coronavirus crisis subsides. He shared, “It doesn’t matter where. For me, traveling is not something I would do if it wasn’t for my schedule. I used to travel around the country but I can’t do it anymore. do now, so I feel chained. “

He also shared that he was not the type to plan ahead when traveling. “There is something about traveling without any plans. I’m not the type of person who feels satisfied when my plans go according to plan.” He added with a chuckle: “When I go, nothing goes as planned anyway.”

Rowoon from SF9, the idol who writes poems

Like many other idols, Rowoon enjoys reading books. Her favorite book that left a mark in her memory was “The Courage to Be Hated 2”. He said: “The first book was about a pessimistic young man who was looking for a philosopher, then you get a great awareness and go explore the world in a different light.” 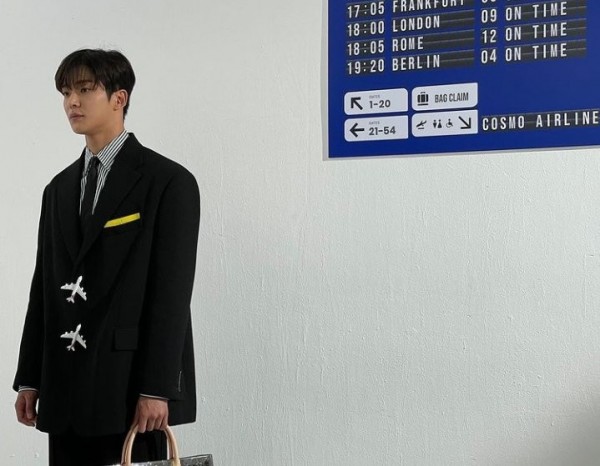 He added: “The second book is when the young man applies the things he learned from the philosopher to his life. The first book was good but the second was more realistic, so I like it better than the first.”

However, few fans know that he also writes poems. Asked about his poems, he replied, “It’s not something I do every day. It’s just a hobby I do when I have time. I write things like a journal when I’m on my porch. My thoughts are organized and sometimes I think I turn these poems into song lyrics. “

IN CASE YOU MISS IT: Song Kang’s ‘Nevertheless’ ex-girlfriend Lee Yul Eum shows off her doll beauty on Instagram

Rowoon from SF9 and the truth about his size

The SF9 member said he was trying his best to perform well despite his large size. Rowoon shared that he tends to find his own technique for dancing well on stage with his SF9 members. 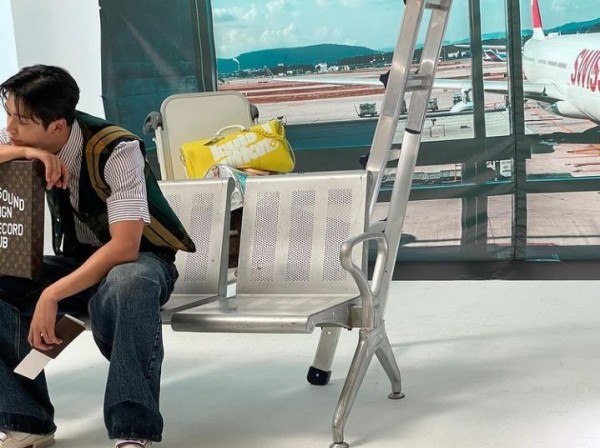 “If the actor next to me seems to be shorter than me, I will lower my body a bit.” He added: “Some people say the size difference adds charm when there is a romantic scene, but it is difficult for the actress, her neck must have been aching the whole time looking up.”

YOU MAY ALSO LIKE: ‘The Devil Judge’ Writer Shares GOT7’s Jinyoung Casting Story

There is no doubt that the actor-idol is one of the most prominent actors of this generation.

When asked what roles Rowoon would like to play in the future, Rowoon replied, “I want to be a curious person. I want people to be curious about me when they hear that I was going to play a certain character. . This is what I want.”

Rowoon gained attention as an actor for his roles in the dramas “Extraordinary You” and “She Would Never Know”.

The actor said he was impressed with Ari Aster’s “Hereditary” and “Midsommar”. He also expressed his desire to act in a variety of roles. “I want to try and play unconventional roles. But there are also roles that I can only play at my age, so I’m not going to waste those opportunities either.”

He said the more he acts, the harder it is. He also said there are times when he gets frustrated with the script.

Rowoon has revealed that he wants to be recognized as a great actor. When asked if he cares about people’s opinions, he replied, “I’m pursuing an acting career. If I focus on people’s opinions, it could all get into my head and lose sight of what’s important. roles rather than what they say about me. “

He shared that he is currently busy filming his upcoming drama ‘Yeonmo’ (romanized title). “Yeonmo” is a story about family secrets, hidden identities, drama and romance. The drama is slated to air this year.

Rowoon shared that he was deeply drawn to his character and worked very hard, even working with his voice to make him fit the character.

He also shared his thoughts on his very first historical drama, “To me, historical dramas are a fantasy in a traditional Korean dress. Although there is a historical sense of the period, the actors have to use their imaginations as they do. didn’t really have the experience of going through that time, so it’s a challenge that I would be very happy to take on.

Rowoon and other SF9 activities as an idol

Recently SF9 released their latest album, “TURN OVER”, and their first comeback in a year. The idol said: “Everyone is exhausted from the global pandemic, I hope we can all have fun together. Glad to see our fans after a long time.”

Rowoon shared his favorite song from the album. “‘Believer’ is a track that we worked hard on for ‘Kingdom’. I was not able to actively participate due to my schedule but I was really proud of my members.”

The interview ended with Rowoon sharing what he wanted to accomplish before he turned 30. “I envisioned a clear plan for my future, but like I said, nothing goes as planned. Instead of setting goals for myself, I’m just going to try to be happy with what I have in the game. present time I think this is the right path to happiness.

KDramastars is the owner of this item.