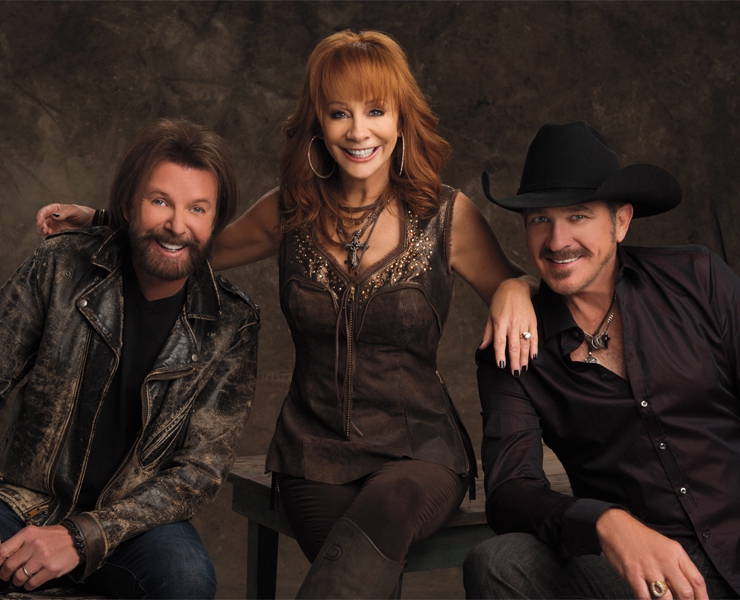 There is always one last roundup, one last rodeo, one last song, one last show, one last boot scoot. For Reba McEntire and her “Cowgirls Don’t Cry” cohorts Kix Brooks and Ronnie Dunn, there will be nine final callbacks together before Reba, Brooks & Dunn: Together in Vegas finishes its run at Caesars Palace on December 15. The trio first appeared together as Colosseum co-headliners in June 2015, making their six-and-a-half-year concert collaboration the longest-running country music residency in Las Vegas history. . and one of the most beloved.

The mutual respect McEntire and Brooks & Dunn developed for each other as live performers dates back almost three decades when the two groups first toured together. McEntire was an established superstar by then, having topped the country music charts in the mid to late 1980s. His 19th album It’s your call was released in December 1992 and reached No.8 on the Billboard Top 200 the following month, giving McEntire his first Top 10 album on the pop charts. She was expanding her audience, spreading her wings, and becoming a national treasure with film and stage credits, and a six-season sitcom in her future.

Brooks & Dunn had just achieved roller coaster success starting in 1991 with the No. 1 single “Brand New Man” and the instant classic “Boot Scootin ‘Boogie”. They won almost every award a country duo could win in 1993 when they released their second album. Hard working man, which spawned a slew of singles and won them a Grammy for the title song. Tour in support of McEntire that year on her It’s your turn to call was a no-brainer, but the camaraderie and chemistry the two acts discovered in each other would show up in the studio decades before. Together was a possibility.

“If You See Him, If You See Her,” with Dunn alternating lead vocals with McEntire, was released in April 1998 and rose to No. 1, connecting the fate of Brooks & Dunn to a cowboy’s daughter from Oklahoma rodeo. The follow-up ‘Cowgirls Don’t Cry’ collaboration would eventually become part of the shared scene segments of Together. The trio opened their previous series of shows at the Colosseum with McEntire joining Brooks & Dunn for “Play Something Country,” which they would do with McEntire’s “Why Haven’t I Heard from You” and a mix of hits from both acts. .

“Red Dirt Road” got Brooks & Dunn into their song catalog before McEntire took over again with “Whoever’s in New England”. McEntire’s retrospective of solo material included everything from the exuberant “The Night the Lights Went Out on Georgia” to a heart-wrenching rendition of “Is There Life Out There.” Whether McEntire does a “Boot Scootin ‘Boogie,” Brooks gets “Fancy,” or what other surprises are in store over the last nine shows, remains to be seen. This is unlikely to change: the three continue to close the concerts by weaving their voices together for “Only in America”.

Click here for your free subscription to the weekly digital edition of Las Vegas Magazine, your guide to everything to do, hear, see and experience in Southern Nevada. In addition to the latest edition emailed weekly, you will find lots of great and budget deals from some of the attractions, restaurants, properties and more! And Las Vegas Magazine is full of informative content such as restaurants to visit, cocktails to sip, and attractions to enjoy.

Han Lao to reopen in Maplewood