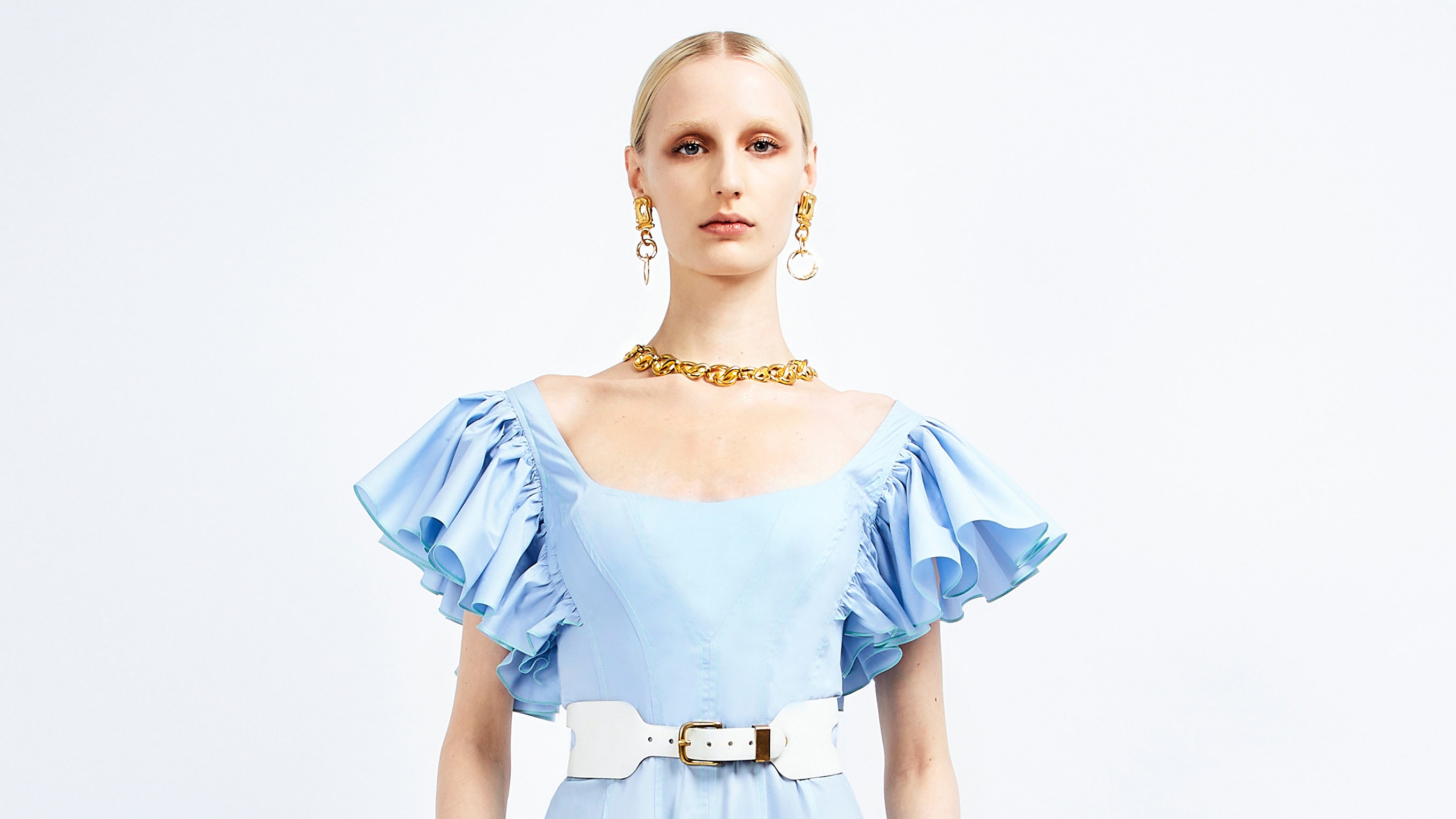 A month ago, Prabal Gurung and a few of his designer and fashion-loving friends launched the side project House of Slay, an online comic in which their alter egos superheroes fight anti-Asian hatred. Gurung and company are called the #Slaysians, and they have a slogan: â€œAlone, each of you can be broken. But together you make a radiant fist. The potential brand extensions are endless and could one day include a TV or movie offering.

IRL, Gurung has polished the pre-fall, a collection that “kills”, to borrow a term, while remaining grounded. Emphasizing on versatility, he added the roll buttons that have cutouts on many Gurung dresses throughout the seasons to a dark rinse denim corset top and a loose skirt with contrasting stitching, so that the pieces can be worn separately or as a fit-and-flare dress. Likewise, an embroidered shirt has a buttoned sleeve.

There are also quite a few dip-dyed knits: simple sweaters, shrunken twinsets and stretch midi dresses, which Gurung makes in his native Nepal. He likes the unexpected combination of a chunky square ribbed knit with a sequined sarong. Elsewhere, the ruffled dresses in floral prints studded with metallic threads are inspired by Yves Saint Laurent, who was a favorite of Gurung’s superhero, his mother. Saint Laurent had a knack for special pieces that retained their ease – perhaps that’s why they look so timeless decades later. Gurung worked to maintain that balance even with his red carpet fare. A bustier and a ball skirt separated by those roll buttons and a belly lightning looked fresher and more modern than a traditional one-piece dress would have in its place.