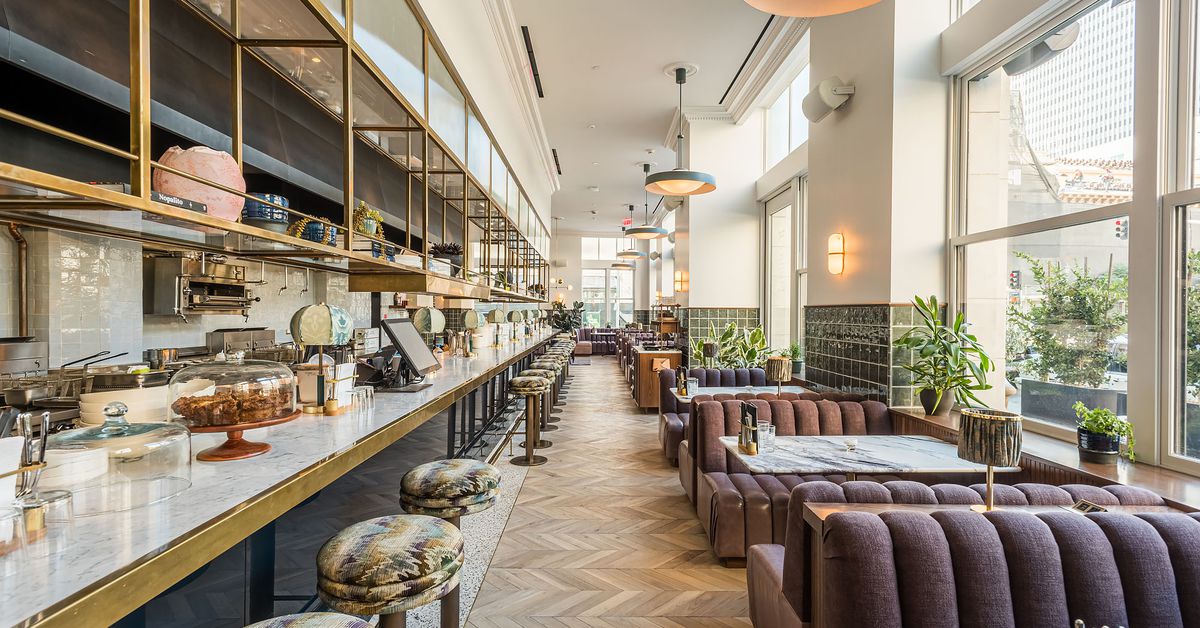 Chef Daniel Rose is taking over the Hoxton Hotel’s ground floor food and beverage menus this summer, which includes a restaurant, lobby lounge and coffee stand. The Illinois-born French chef is best known for his Michelin-starred restaurant Le Coucou in New York City, which serves upscale traditional French cuisine. The future concept of Rose in Los Angeles Basque Coffee brings French-style Basque cuisine to the city centre; the restaurant promises to be less fussy than Le Coucou both in terms of food and atmosphere. The menu will emphasize wood-fired cooking, seasonal ingredients and local seafood.

The arrival of Café Basque was orchestrated by Boka Restaurant Group, who runs Girl & the Goat in Chicago and LA with chef Stephanie Izard. Earlier this year, the group opened the Peruvian concept Cabra d’Izard on the roof of the Hoxton. Rose currently resides in Paris where he oversees two restaurants (La Bourse and La Vie, Chez La Vieille) which he opened before bringing Le Coucou to the United States in 2016. The chef is expected to open a French brasserie in Chicago later this year with Boka Restaurant Group.

In an interview with Los Angeles Magazine, funny lady Molly Shannon powers many Los Angeles restaurants. Her favorites include Farmshop in Brentwood for breakfast, Sanamluang Cafe in Hollywood for Thai food, Craig’s in West Hollywood for birthday parties and many more. Read the interview here.

Cameron Ingle was recently named executive chief of Pico at the Los Alamos General Store – a restaurant, bar and wine retail space located at 458 Bell Street in Los Alamos. Before moving to the Santa Ynez Valley, Ingle spent time in the kitchens of Bestia and Bavel in Los Angeles, and recently participated in the chef-in-residence program at Blue Hill at Stone Barns in New York. Ingle’s new menu sources most of the ingredients within a 60-mile radius of the restaurant. Discover the dinner menu here.


Register to receive the newsletter

Meghan Markle changes her outfit at the Queen’s Platinum Jubilee Thanksgiving Service – did you notice?