Jill Biden on the new cover of Vogue magazine 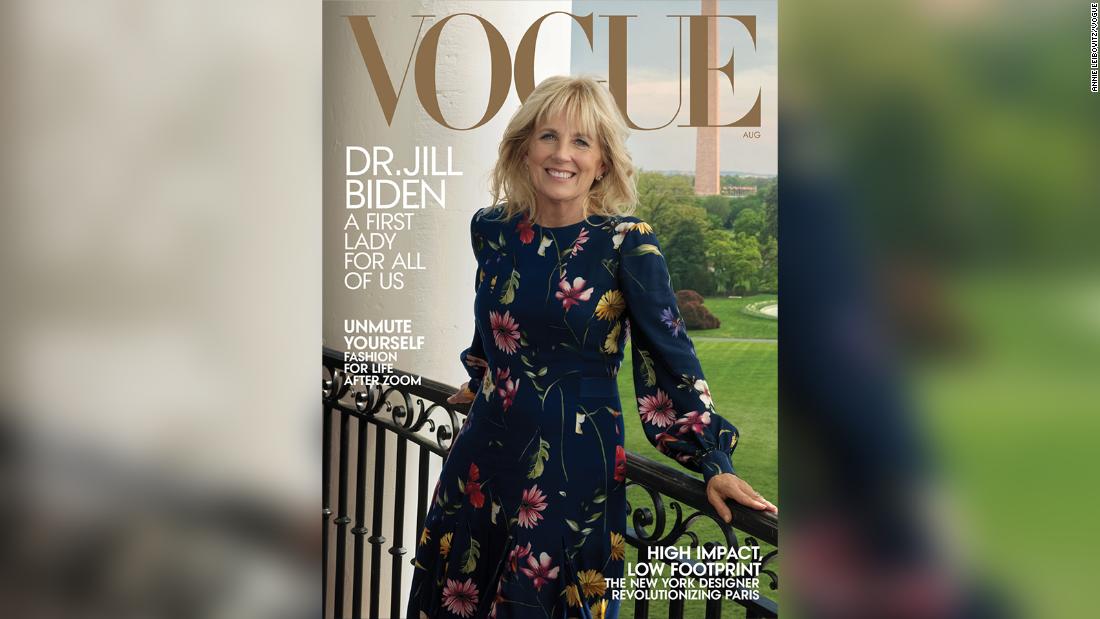 After a four-year hiatus from the fashion magazine’s first ladies on the cover of the fashion magazine, Jill Biden is on the August issue, which goes on sale July 20. Biden, who posed for the photos this spring at the White House, wears a navy, floral Oscar de la Renta gown for the cover photo, leaning on the balcony overlooking the South Lawn. The images were taken by photographer Annie Leibovitz.
In the accompanying feature film, Biden tells writer Jonathan Van Meter that she is overwhelmed by the initiatives she wants to take during her tenure.

â€œWhen I became second lady – and there was so much I wanted to do – I always said, ‘I’ll never waste this platform,’â€ says Biden. “… And now I have a bigger platform and I feel everyday, like … what could I give up to? That I would like to give up? Nothing.”

In one of Biden’s images, she is posed sitting in the east living room of the Executive Residence with a pencil between her teeth, reading glasses, typing on an Apple laptop.

Biden tells Van Meter, who has traveled with the first lady on several recent official trips for the feature film Vogue, she believes the mood of the nation has changed since President Joe Biden took office.

â€œDuring the campaign, I felt so much anxiety from people; they were afraid. When I travel across the country now, I feel like people can breathe again,â€ she says. . â€œI think that’s part of why Joe was elected. People wanted someone to come and heal this nation, not just the pandemic, which I think Joe did, you know, by doing himself. hug everyone. ”

She added that she believed Biden’s behavior affected the change. “He’s just a calmer president. He brings the temperature down,” Biden says.

The President was also interviewed, separately, by Van Meter. Biden says being Commander-in-Chief has changed their marriage, and sometimes he finds himself missing out on the freedoms he says they once enjoyed.

“I miss her. I’m really proud of her. But it’s not like we can just leave as before,” said the president. “When we lived in Delaware and got married, once a month we would go to a local bed and breakfast on our own, to make sure we had a romantic time to get away from it all and spend time together.”

“We have to find a way – and I say this sincerely – to be able to steal time for each other. I think that’s the deal,” he said.

A first lady in the pages of Vogue, or on the cover, has become – over the past decades – a tradition of American publishing; almost all of the modern early ladies were photographed for the magazine.

The exception was Melania Trump, whose tenure in the White House was linked to the controversies of President Donald Trump. There have been conflicting arguments as to which side – Trump or Vogue editor-in-chief Anna Wintour – was responsible for preventing Trump, a former model, from being featured.

Neither has talked about it publicly, but Wintour has expressed his thoughts on Donald Trump, using his editorial note in the March 2020 issue of Vogue to endorse Biden as president, stressing “dishonesty” and the 45th president’s “shocking lack of empathy”. â€œIn a 2019 interview, asked specifically about Melania Trump’s fashion, Wintour changed the subject to Trump’s predecessor Michelle Obama.

â€œShe was the best ambassador this country could have in so many ways, obviously, way beyond fashion,â€ Wintour said.

Obama was indeed a Vogue favorite, posing for a first lady, three covers during her eight years in the White House, her first in 2009 and her second in 2012. Obama’s last Vogue cover was in December 2016 .

Vogue’s August issue with Biden may be her first cover, but she posed with her family in the March 2020 issue and was part of a broadcast on the women of Joe Biden’s family in November 2008.

At this point in his career, however, the stakes are higher. 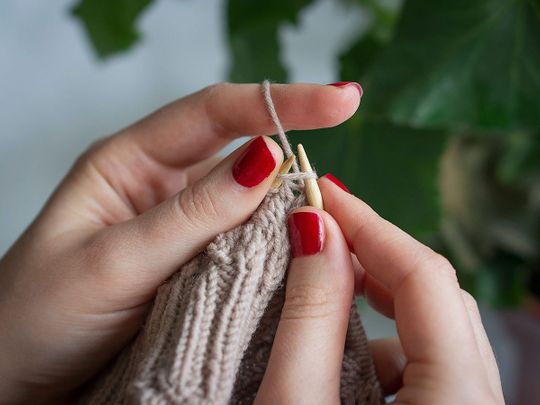