There’s one surefire way to endear yourself to Rangers fans before you hit a ball and that’s to snub Celtic before putting pen to paper at Ibrox.

It may have taken a little longer for Maurice Johnston to gain support for the Light Blues when he went down this path, but having played for the Hoops before, his case was a little different.

Consider Nacho Novo, however, who held talks with Martin O’Neill after Dundee accepted offers from both Old Firm clubs for the striker only for the Spaniard to sign for Alex McLeish.

This decision didn’t work out badly for Novo and it certainly cemented his status as a favorite among Rangers fans.

And as Novo headed out of Ibrox, another player walking through the door also snubbed the Hoops’ interest in signing for Rangers.

Vladimir Weiss may not have enjoyed the kind of career Novo had at Rangers, but he still picked up a few winners’ medals in his season on loan at Ibrox.

Still, it was Celtic who were first linked with the player and it was believed that his close friendship with Lubomir Moravcik could help swing the deal for the player Manchester City were sending on loan.

Neil Lennon, Moravcik’s teammate, was then in charge at Parkhead but he still opted for the blue half of Glasgow.

Some players don’t need to spend long at a club to create a strong bond with the fans and Weiss was a real favourite.

And the 32-year-old is the latest in our series of heroes of Scottish football culture as we look at some of the players who have captured the hearts of fans.

How did he end up in Scotland?

The winger started out at Manchester City but the English giants were looking to loan him out.

He had previously had a spell at north west rivals Bolton Wanderers but was primarily a substitute at the Reebok Stadium.

And once City were ready to let the much-loved Weiss out on loan again, there was plenty of interest in him.

But there was only one place for him – and the quote that won him the Rangers legions instant endorsement.

He said: “Celtic came for me first but then Rangers came and when I looked at all the offers I had I went with Rangers.

“I had a few offers, especially from Italy and Germany, then the offer from Rangers came in and playing for a great team like this will be a pleasure for me.

Why did fans love him so much?

Well, the fact that he snubbed Celtic was a start, but that alone won’t be enough and he had to back it up.

So when he came off the bench to replace James Bettie on his Easter Road debut and netted the second of Kenny Miller’s three goals against Hibs, it was the perfect start.

Fans naturally love artists and Weiss was with his pacing, tricks and a bit of swagger and they just took the man wide.

And the feeling was mutual. “Before coming to Rangers in 2010 I knew they were a great club with a great history,” he said.

“But in my mind I was thinking of staying there for a season on loan, going back to Manchester City – and that would be the end of it.

“But I was wrong. I hadn’t realized the effect Rangers would have on me. It wasn’t long before I fell in love with the club and the fans.

“The fans immediately took to heart and that had a big impact on me.”

What moment cemented his status as a cult hero?

It was probably a moment in the park rather than on this one. Weiss was ruled out for the race in the 2010/11 season due to a broken foot.

And for the final Old Firm clash of this campaign, he joined the fans in the stand, pictured holding a Rangers scarf as he sat with punters.

Get all the latest Rangers news delivered straight to your inbox every day by signing up to our newsletter.

We cover every bit of information about your favorite club in the form of articles, videos and podcasts.

The newsletter will arrive daily at noon, giving you an overview of the best stories we’ve covered in the last 24 hours.

To register, simply enter your email address in the link here.

And if you’re not already, be sure to join the conversation on our Rangers Facebook group and save instagram sport.

That game ended in a stalemate with Georgios Samaras seeing a penalty saved and that result went a long way to securing the title that season.

He said: “For the last Old Firm game of my spell at Rangers, I wasn’t playing and had to sit out.

“I had broken my foot and played a few games after taking very strong painkillers.

“When the players entered the pitch at Ibrox, I was crying in the main stand with my friends.

“I was just devastated that I couldn’t play and be a part of it.”

And since Weiss left Glasgow he has regularly indulged in Old Firm banter, ending Celtic fans on social media – including a tweet mocking their Champions League 7-1 win at the hands of PSG – which goes well.

He said, “I love interacting with fans on Twitter and other social media, it’s a lot of fun. I like to show my support for Rangers…and nudge Celtic fans who stick at me!

Weiss also shared a photo of a tattoo with the initials “RTID” – which fans have taken to mean Rangers Til I Die.

Where did he go after Ibrox?

Weiss was still under contract at Manchester City and had another loan spell after Rangers, this time to Spanish side Espanyol.

But it became clear he had no first-team future with the Citizens and he joined Italian side Pescara and then Greece’s Olympiakos.

Lucrative moves to Lekhwiya and Al-Gharafa in Qatar followed before returning to his hometown of Bratislava with Slovan where he still currently plays under his famous father Vladimir Snr.

Weiss was capped 74 times for the national team, but his international career was marred by controversy.

He was fined for visiting a nightclub following qualifying in Lithuania and an altercation at a fast food restaurant in a group that included former compatriot Ger Filip Sebo in 2015.

Weiss was also present when they had to pay compensation for damage to a hotel in Luxembourg and retired from international football following an altercation with boss Pavel Hapal, but turned around and participated in Euro 2020. 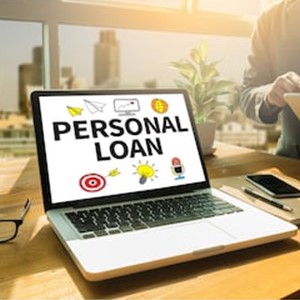