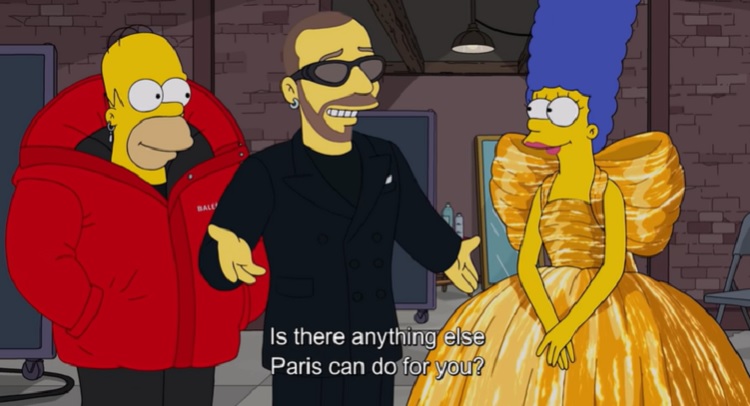 The red carpet performance for the Balenciaga Spring / Summer 2022 collection was “the preparation” for a real premiere of the special episode The Simpsons at Paris Fashion Week on October 2.

Because I’ve always loved The Simpsons, for their ironic character and their slightly romantic and naive side, ”said Demna Gvasalia.

He approached the producers of the famous American TV series with little hope that they would ever want to collaborate, but in fact, they did.

Born in Sokhoumi, the provincial capital of the Russian-occupied Georgian region of Abkhazia, Gvasalia moved abroad emerging with the “underground” collective Vetements which he co-founded with his brother Guram.

Demna Gvasalia has been in the spotlight of global fashion since his appointment as creative director of the Parisian fashion house Balenciaga in 2015.

Since Gvasalia received the 2017 International Award from the Council of Fashion Designers of America (CFDA) and International Ready-to-Wear Designer Award at the Fashion Awards 2016. He was also named Personality of the Year 2016 by The Business of Fashion magazine.

At the end of September, Georgian President Salomé Zurabishvili awarded Gvasalia the Medal of Honor for his contribution to the popularization of Georgia abroad.

Kourtney Kardashian and Kylie Jenner are ready for Halloween: photos

Top 5 DC Hotels for an Amazing Honeymoon: They’re Affordable, too