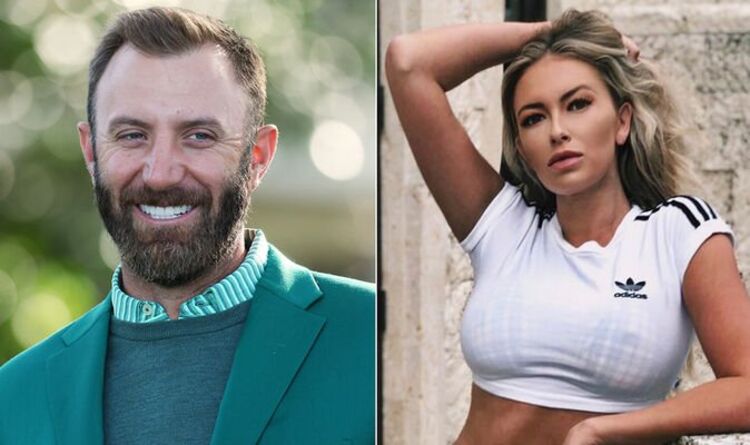 Dustin Johnson has already achieved so much in his professional career, including two major titles, six WGC wins, the FedEx Cup and a stint as world No. The American superstar did it all with the support of Paulina Gretzky by her side.

The eldest of four siblings, she is the daughter of NHL legend Wayne Gretzky, arguably the greatest ice hockey player of all time. She met Johnson in 2009, but the couple officially started dating in 2013 ahead of their engagement seven months later.

Gretzky has worked as a model, singer and actress, appearing in films such as Grown Ups 2 (2013), Fame (2009) and Guns, Girls and Gambling (2012). She says singing and songwriting are her passion, and the 33-year-old has signed record deals in the past.

Despite her clear ties to ice hockey, Gretzky admitted that she is now much more interested in golf. She told Golf Digest: “I didn’t enjoy golf as much when I was little, probably because my mom put us in tennis camps and golf camps.

“My mum has a video of me when I was very young where I said, ‘Dad, don’t go golfing anymore’.”

Her interest in golf seems to be paying off, as she’s graced the cover of Golf Digest and Canadian fashion magazine Flare. She has also regularly attended events Johnson attends and even caddyed for him in the 2016 Masters Par 3 tournament.

The couple live together in Florida with their two sons Tatum and River Jones Johnson, born in 2015 and 2017 respectively. They announced River Jones’ gender on social media with a video of Johnson hitting a golf ball into the sea to make blowing up a bright blue cloud, confirming they had a boy to Gretzky’s million Instagram followers.

Johnson and Gretzky announced that they are preparing to celebrate their wedding at Blackberry Farm, a five-star resort in Walland, Tennessee, later this year. She was seen celebrating her bachelorette party with close friends on the island of Saint Barthélemy.