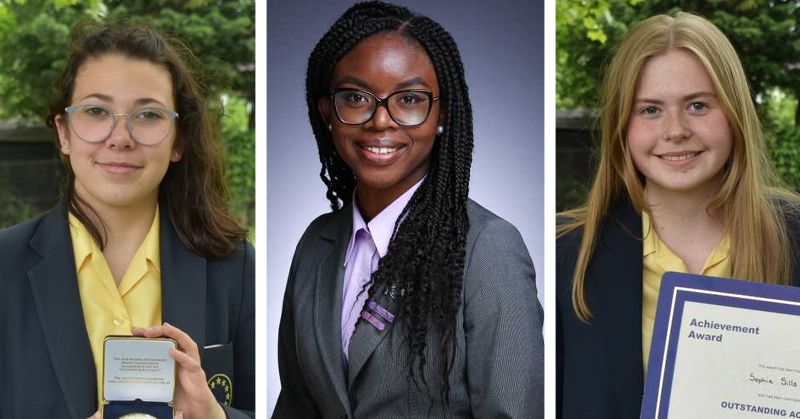 Submitted by the Jack Petchey Foundation

At a virtual event, the Jack Petchey Foundation celebrated Excellence Award winners aged 11 to 25 from Brentwood for their contributions to their school / college community.

The winners received medallions and framed certificates from the Foundation ahead of the online event, as well as a grant of £ 250 to be spent benefiting their school or youth group.

In addition, six adults received Leader awards for demonstrating an exceptional ability to motivate young people. They each received a medallion and a framed certificate.

Nifemi is an influential member of the Sixth Form Charity Committee and is always ready to go the extra mile to help the school’s charitable projects.

Additionally, she has always been a part of the school’s orchestra and performing group and during the lockdown, Nifemi recorded pieces for the school’s virtual concerts which helped maintain the spirit of the community. school living during difficult times.

Nifemi said: “I think winning a Jack Petchey has given me a sense of confidence that the things I do are helping my community and the people around me who interest me.

“I think that awareness also gave me some kind of meaning and purpose because now I know that even the little things I do can have a positive impact on people’s lives.”

Nifemi decided to spend his Jack Petchey Achievement Award of £ 250 on a library and selection of novels for the sixth grade study area.

Lizzie Shepherd, 13, is part of Lucy’s Little Stars, a group of young people who have started a friendship club working with disabled children. There are now twelve stars.

Lizzie, who attends Anglo European School in Ingatestone, works with disabled students on a Saturday, focusing on fun and play independent of parents.

Lucy’s Little Stars won the Highly Commended Award at the Pride of Essex Awards in 2018, and the children Lizzie works with report being treated as individuals and being seen beyond their disabilities.

Lizzie said: “It was a surprise. I was shocked and thrilled. I started Little Stars with my friend when we were about ten to help her brother and his friends get together outside of the day. school. I didn’t expect it. win a prize for it. “

Lizzie has decided to spend her £ 250 Jack Petchey Achievement Award on sensory equipment and comfort chairs for their SEND department.

Also enrolled at Anglo European School, Sophia Sills is interested in journalism. During spring lockdown, 14-year-old Sophia applied and was selected to write articles for The Teen Magazine.

She has written articles on the topic of improving physical and mental health, including “15 Healthy Things To Do While Locked Out” and “How To Focus On Self-Care While In Isolation.”

Sophia decided to spend her £ 250 Jack Petchey Achievement Award on a collection of books for the lunchtime / after school book club.

Sir Jack founded the Jack Petchey Foundation in 1999 to recognize the positive contributions of young people to society and help them realize their potential. Since then, the Foundation has supported over 2,000 youth initiatives in London and Essex and has invested over £ 133 million.

Sir Jack Petchey CBE, 95, said: “I am passionate about our rewards program which enables young people to be recognized, valued and rewarded for their achievements and positive contributions to society.

Make your neighborhood shine by becoming a zone ambassador.

The boss of “Virgin River” on Who Shot Jack, moving in with Mel, more