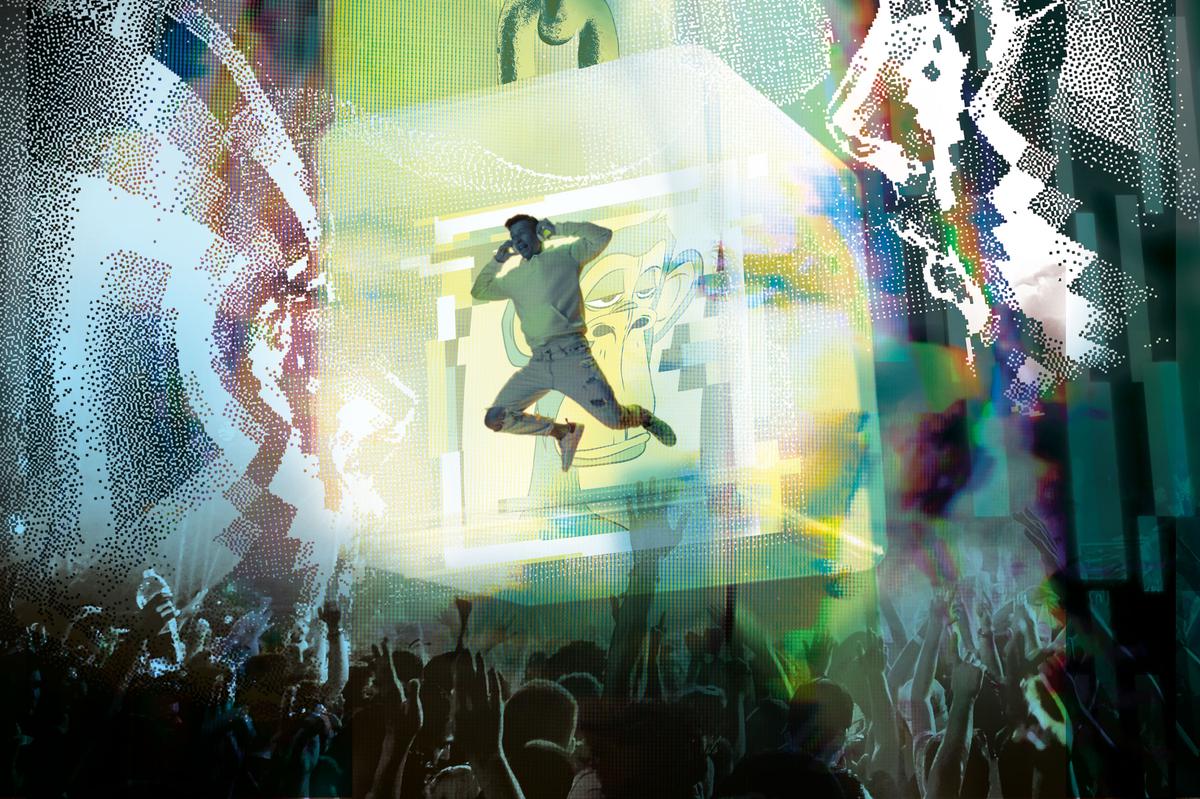 Every week seems to bring important news about music festivals in Las Vegas. If it’s not new emo-rock festival When We Were Young that’s responding to high demand by adding more days to its October debut on the Strip, it’s local festival Life Is Beautiful that is selling a majority stake to rolling stone the parent company of Penske Media magazine.

But a recent lineup announcement for the new festival set to land in Las Vegas grabbed the headlines for a whole different reason. Organizers of the NFT Art and Music Festival Afterparty, scheduled for March 18-19 at Area15, are calling it a one-of-a-kind event. Notable names like The Chainsmokers, The Kid Laroi, Charlie XCX, Gryffin and other DJs and artists will perform, but the festival’s immersive digital art installations and unique connection to the NFT community will set it apart.

“We want to bring NFT art to the forefront and create the celebration it deserves,” said David Fields, co-founder and CEO of Afterparty. “We think this is a massive new movement, and we’re just getting started. The centerpiece of the festival is the NFT art program, presenting it in a never-before-seen way, fully integrated into the experience.

“And second, the idea of ​​community access to the event, which [attendees] will need to hold the NFT or be one of their guests to attend. It creates a unique experience by really making the community the basis of who can access the festival.

NFTs (non-fungible tokens) are unique, non-interchangeable units of data stored on a blockchain. Much of the current excitement around this new technological object is centered around the sale of digital art. For the festival, Afterparty has created an exclusive set of 1,500 NFTs curated by artists Nate Mohler and Alec Maassen, known as the Utopian Collection, which will form part of the festival facilities and also provide digital entry to the event from two days.

Chris Racan, alumnus of the Kaaboo music festival in San Diego, and Ryan Doherty, alumnus of Life Is Beautiful and executive of Las Vegas-based Corner Bar Management, are the producing partners of the Afterparty festival.

“NFT art deserves to be seen and celebrated through an experience every bit as innovative as NFT art itself,” Doherty said in a statement. “We’re creating a festival that captures that energy and excitement that sits within a future-ready environment that intensifies the impact of these plays on the viewer.”

Afterparty was founded last year and attracted a group of investors including Acrew Capital, TenOneTen Ventures, Reade Seiff and Craig Clemens. The company is based in Los Angeles.

Fields, a former Disney analyst who helped execute the company’s acquisition of Pixar and later led investments for former CEO Michael Eisner, said he decided to continue his career in the world of cryptography after reading the Ethereum white paper, published before the 2015 launch of this free software project. Afterparty followed Fields’ founding of Wander, which uses low-cost wireless hardware proprietary software to provide wireless home Internet in Southern California.

“We started to see that NFTs had the potential to be a powerful tool for creators, something that can allow them to connect much more closely with fans, so we started building Afterparty to build that community and create the tools to activate that community,” Fields said. “We’ve built a lot of technology around NFTs as access, more than just a unique piece of digital art, something that can serve as a verifiable digital asset that unlocks things in virtual space and in real life. “

Next month’s inaugural festival will occupy several Area15 spaces, including the outdoor A-Lot and indoor interactive space The Portal. The 1,500 utopian NFT holders and their “plus threes” could add up to 6,000 potential attendees, Fields says, though he anticipates actual attendance between 4,000 and 5,000.

“When we saw the [Area15] site, we just felt like it was meant to be the home of the festival, a special place that already has that immersive art feel,” says Fields. “Las Vegas is a perfect fit for a number of reasons, beyond the fact that this place really spoke to us. It’s an incredibly international city, and crypto and NFT are international movements, so that’s important to us as well.

More musicians and artists from the Afterparty NFT Festival are expected to be revealed in the days and weeks to come, and more information can be found at afterparty.ai/festival.

Area15 has a similar sounding event in the books early next month, the NFT Moonfest on March 4-5. also include speakers and panels, an immersive art gallery, networking sessions, and other NFT project activations.

Click HERE to subscribe for free to Weekly Fix, the digital edition of Las Vegas Weekly! Stay up to date with the latest Las Vegas concerts, shows, restaurants, bars and more, delivered straight to your inbox!